This review is coming pretty late since I completed the course last year but having found out its still an option on Coursera, and there's been a huge proliferation of Google Cloud Platform (GCP) courses since, I wanted people to know how great this one was.

You can get to the course here.

As a "Specialisation" on Coursera that means it is part of multiple courses and Coursera offer a monthly charge for all courses. So there's an economical reason to finish the courses in good time and not laze about - as the course does allow you lose deadlines.

So I completed all the 4 courses in the 1 month suggested without any deadline extensions receiving distinction in all of them.

As mentioned previously the specialisation contains multiple related courses which - if you wanted - you could complete individually and pick n mix them to your hearts content. But choosing the specialisation path ensures you get a good grounding in the subject offered:

You can get information on the individual courses at Coursera.

Free Qwiklabs access was a huge boon to this course as it allows you free access to the Google Cloud console and services for a limited time to do with as you please giving you teh opportunity to learn practically with the actual tools you would be using.

Every course in the series including the first intro course had some lab or another in Qwiklabs with some offering several. The tasks weren't massively difficult but for the price and considering it was offered alongside lectures and notes it was a great addition to the course.

Basically the courses had everything you could want: lectures, notes, documentation, forums to ask questions and finally practical lab based work. It actually felt a lot like some of my university courses and if you were dedicated and made use of it all you would get out of it what you put in.

As a web developer by trade I was disappointed that a GCP course with the words "Developing Applications" in the title had absolutely ZERO development. It was all the techniques and technology needed and surrounding development on the Google Cloud platform. I don't so much as remember even doing a single "Hello World in Node or Python for one of the Qwiklabs. It was a major, major failing of the course and they should probably rename it as the course's rating of 4.6 is probably due to it lacking the development aspect and its also the reason that since doing that course I've been put off doing any Coursera course since.

Yes, its a great course. Yes, you get a ton of content. Yes, I felt happy with what I got. But NO - don't call a course "Developing Applications" then have zero development in it. It was a real slap in the face and as I came to the end of the course I wanted to ask for my money back but couldn't see any recourse to get it.

So be warned. If you want to do this course thinking you'll get the chance to develop a small cloud-based web app. Don't. You won't. It tells you about containers, pulling code, pushing it. Moving it around, monitoring it. Everything surrounding development. But no actual development.

One of the things this criticism made me realise is that the cloud is a complex place that involves a lot of work to get programs working. So much so an entire 1 month course split in 4 doesn't even have any programming in it. Its entirely dedicated to showing you the basics of getting code to the point it'll work.

I've always hated it when reviews end with an indecisive comment aht could be trotted out by anyone about anything. So I aim to do the opposite.
The course was excellent but it wasn't what I expected. If you're expecting to program like the title says you won't be doing. You'll be doing everything involved in getting programs to work on the cloud.

The cloud isn't for hte faint of heart. If you want to learn cloud technology I suggest you pick one and get to know it well as they're all becoming increasingly complex as time goes on.

I've recently been getting into Gridsome while looking for a way to create a long planned project to create an
MP Search Service (more info on that soon hopefully with a full tutorial on setting up your Gridsome site from a REST API).

I've considered other options such as Hexo and NuxtJS but I was keen to take advantage of Gridsomes claimed ability to hook into multiple content providers and API's and create a GraphQL data layer to query this data for creating pages.

Obviously when you're planning a new site you start thinking about the look & feel.
I opted to use the TailwindCSS plugin to create a very utilitarian theme.

But I thought it'd be a good idea to help anyone out there on the look out for ready made themes.
Gridsome isn't like other static site generators so doesn't really have a theme library like Hexo but there's
a number of great starter projects and other options you can use to get a good looking site.

Probably the best place to start as this isn't just themes its a whole site dedicated to finding the right starting project for your site. As mentioned previously Gridsome can be bent to any whim you fancy so it can work from Markdown files as easily as it can work from a new articles API.

Gridsome starters aims to help people find the right type of site first ythen gives you a simple theme to start off from there.

A small list of themes provided by JAMstack who also have numerous other themes for other static site generators. Most of these themes are quite basic and some work like the starters like the above with some being built with Netlify CMS in mind or Airtable.

This is a single theme but made for people wanting a profile site - excellant for web designers, developers or creative types.

It's worth remembering that Gridsome is a wholly VueJS framework. So anything buiult with Vue in mind is compatible with Gridsome. So this site dedicated to VueThemes is well worth a look as they can all be installed and used within your Gridsome website/app.

They do have 2 specifically designed for Gridsome but like I say they'll all work.

It's a short list but as can be seen in the Gridsome issues discussing themes
it's not considered a priority beyond the current starter projects which provide much of the capability that themes offer.

If you know of any other themes since this post please get in touch. 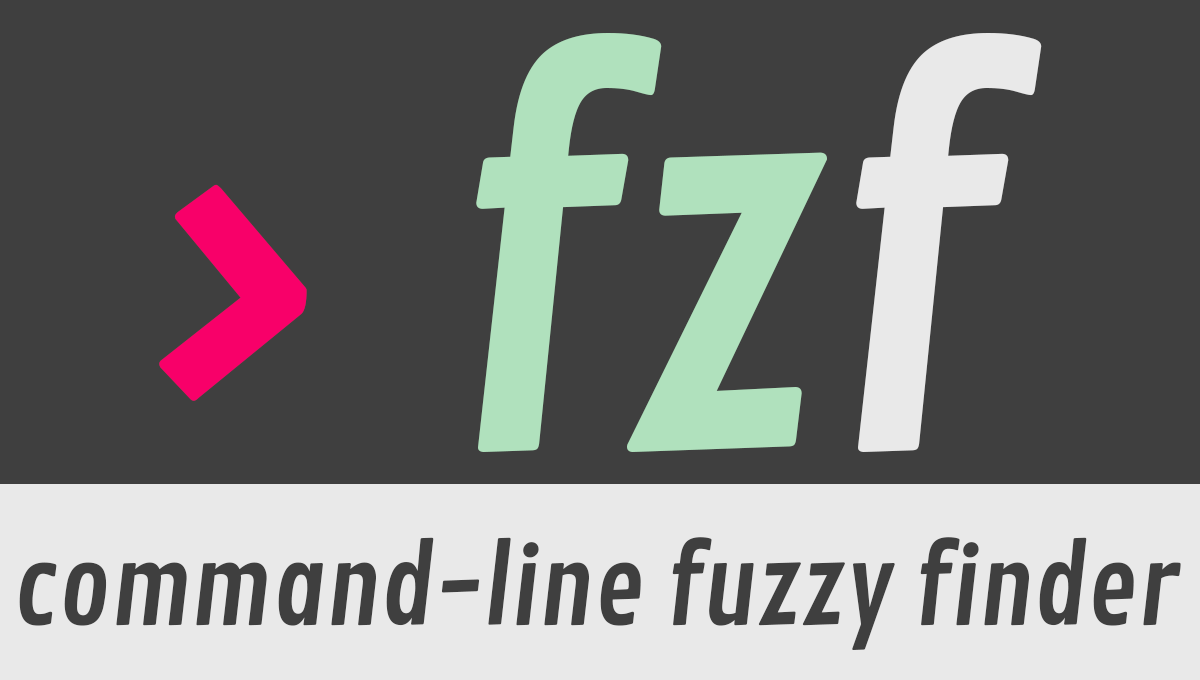 There's 2 simple ways for integrating fzf into your ZShell configuration. The first is shown on the README of the git repo. Whereby you enter the
the shown functions and variables into your bashrc or in this case zshrc. However, if you have the ability to install fzf via your package manager (Apt, Pacman, Yum) then fzf should have let you with 2 files to source in your
.zshrc file.

After a reload of your configuration with threse two sourced files you will get the default fzf functionality. E.g.

If you're not sure if you have the above files you can do a quick find on the command line:

This may sshow you other plugins but if you just look out for fzf in the path those will be your files.

Portapack HackRF One devices have become increasingly popular with them popping up in droves as clones on AliExpress and BangGood.com lately.

If you're buying one - even one claiming to be "Havoc 2 2020" edition then you'll be surprised to learn Havoc has been discontinued. Its no longer supported. Neither Havoc 1 the original or Havoc 2 which was a fork.

So if you're wanting to get the latest firmware with the greatest features incluidng many that weren't yet implemented in the 'latest' Havoc firmware then look up Mayhem firmware which you can find at the link.

It comes with many great upgrades and a very active and helpful maintainer.

At the moment its the only alternatives you can get for HackRF One Portapack editions but it is compatibe with most of the editions that have been released including touch screen versions. They also release nightlyies as well
as numerous versions depending on what features you're portapack needs and comes with.

Be sure to check out Mayhem firmware. Its a simple copy across of a firmware.bin file to upgrade to the latest version then reset.

As you may be aware if you've read other posts on my blog including my post on the CJMCU 8128 setup and MQ sensors usage I'm a huge fan of BangGood.com.

BangGood.com are a company that offer the cheapest electronics for makers and hobbyists I've found. Sometimes GearBest beats them but BangGood by far is the place I get my electronics and equipment from for any of my projects.

So here's a list of the latest coupons and deals from BangGood as of August 2019 (if you're reading this after this date these links usually still work!). 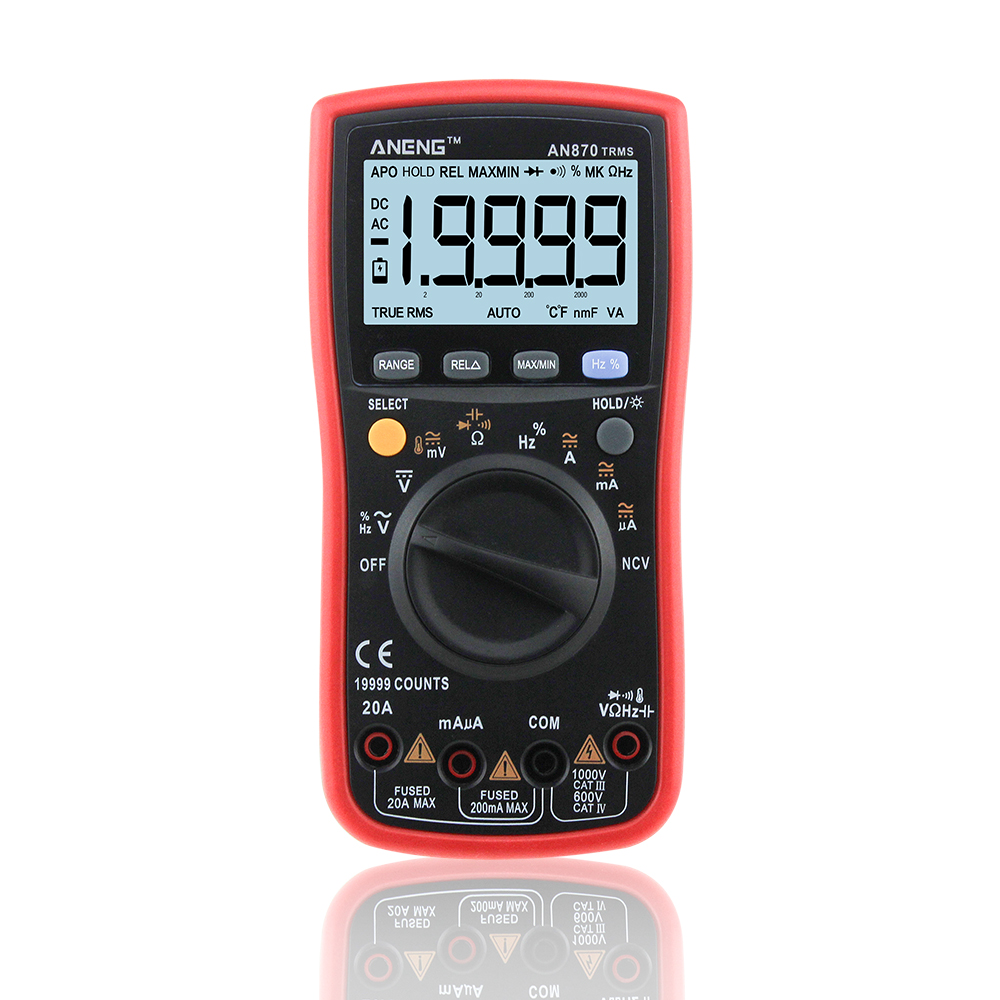 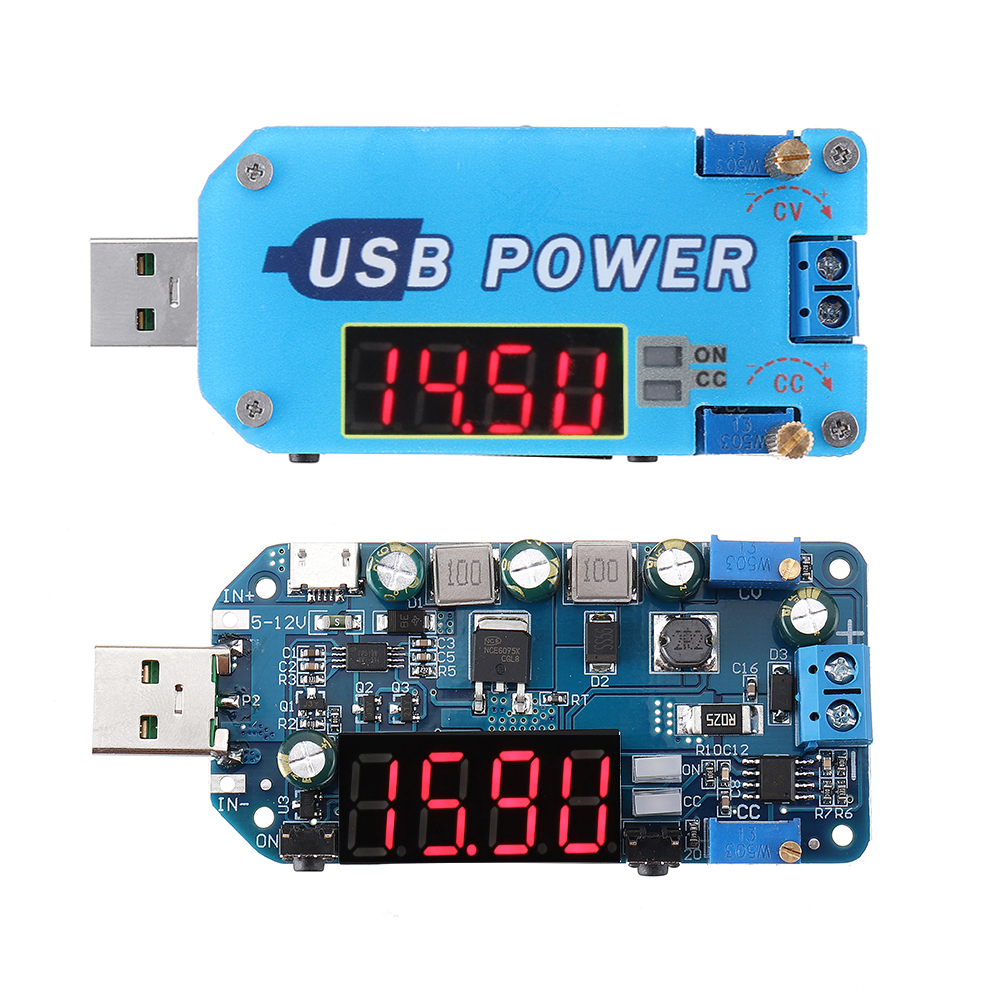 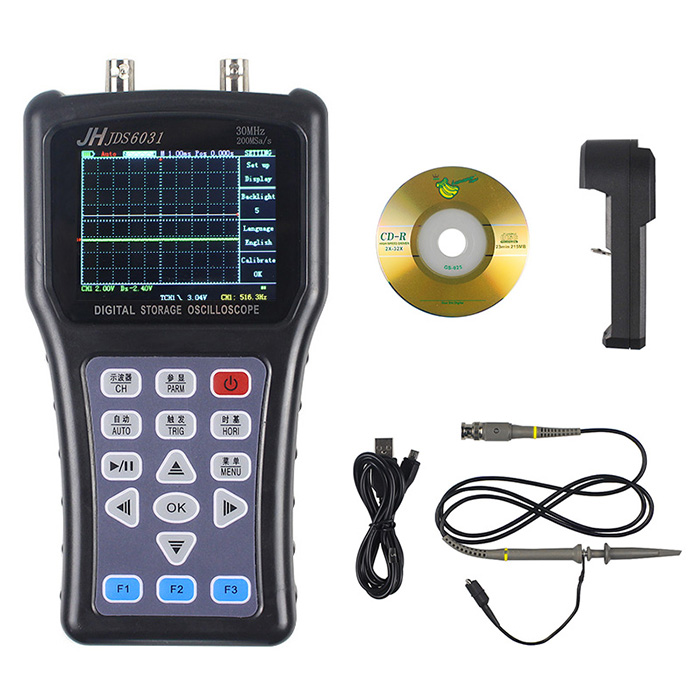 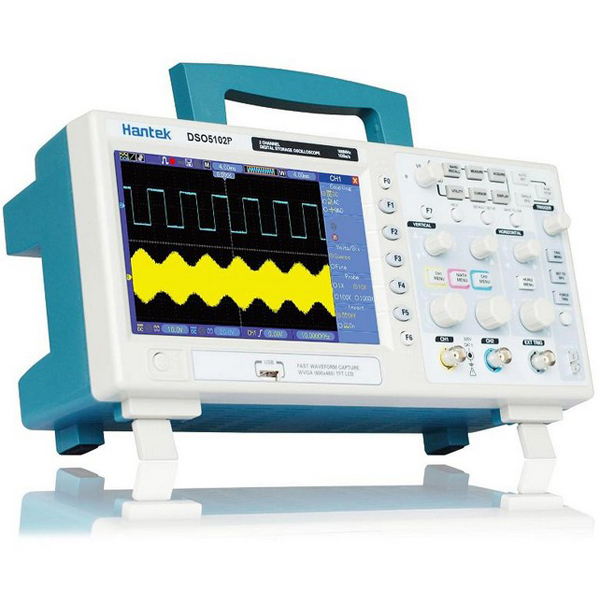 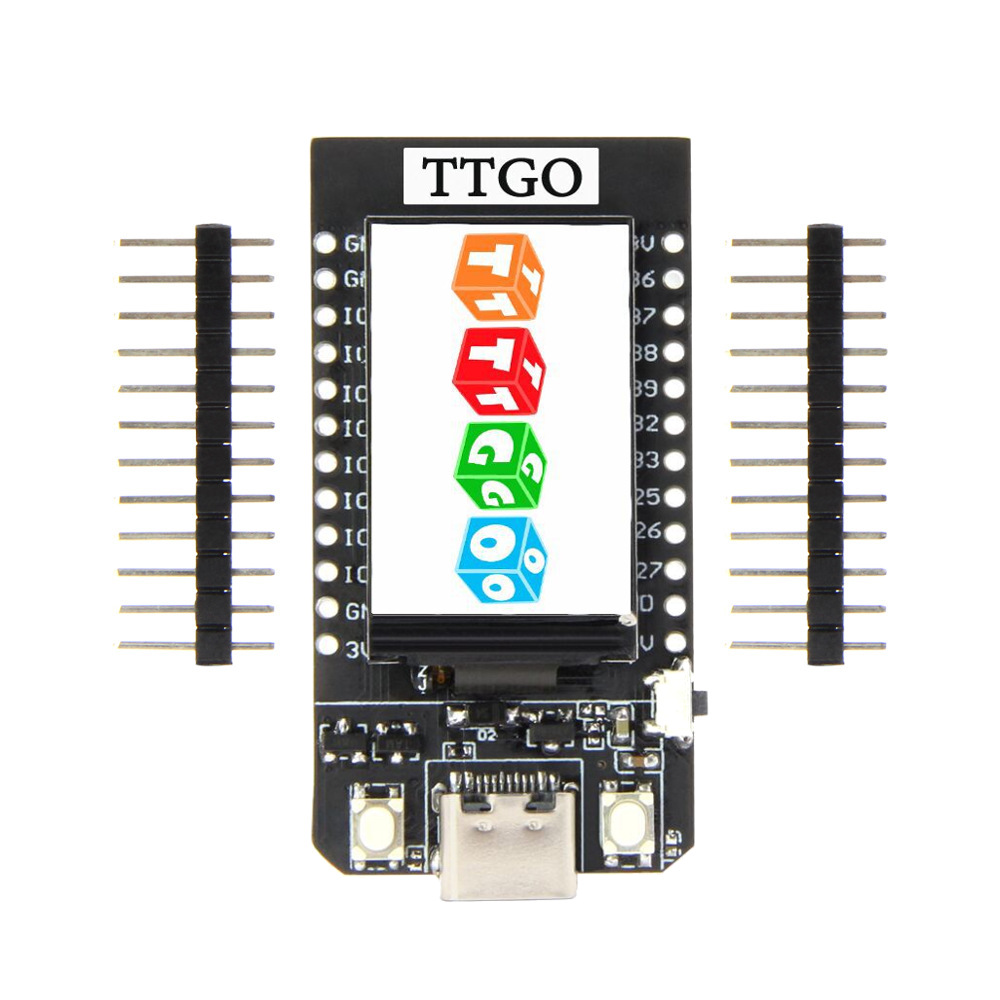 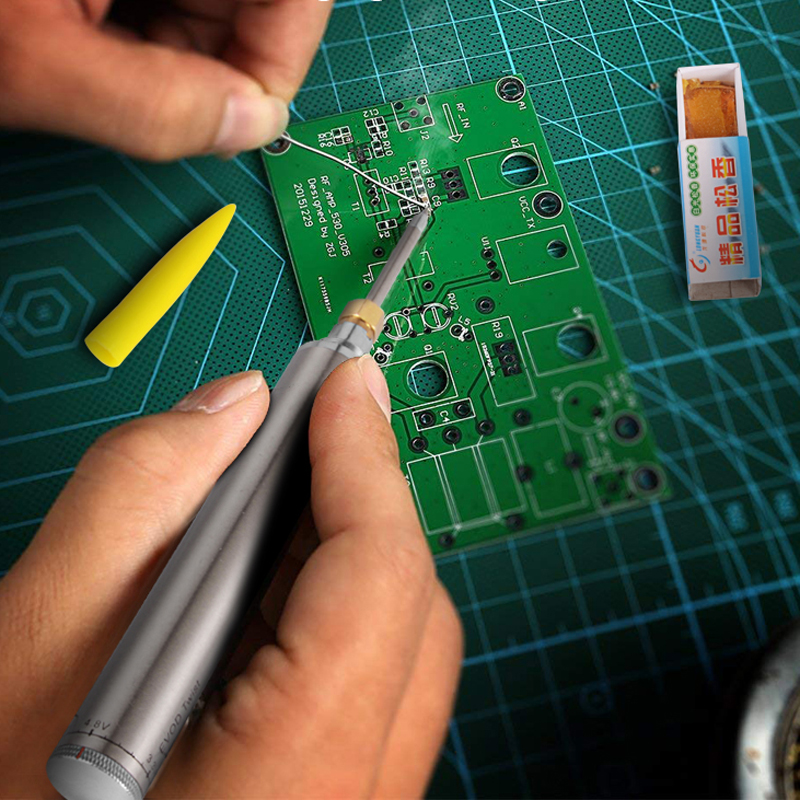 If you'd like me to make this a regular thing let me know. I don't just make this post for the hell of it. I just used one of the links to get myself this USB soldering iron which I originally lost a few weeks back.

Dogfooding it as they say.

Anyway - hope someone finds these useful and leave comment below if you want more of these offers.